Human activities with regard to animals and their implications (and why we should stop them)
Animals in the media: no animals were harmed?
You may have seen during the credits at the end of a film or a TV program that the American Humane Association states that “No Animals Were Harmed”. However, according to an article in The Hollywood Reporter that endorsement may be meaningless or extremely nuanced. It could mean that an animal died because of "Special Circumstances" or an animal was harmed in-between takes.  http://www.hollywoodreporter.com/feature/
Even if the filmmaking is monitored, accidents and errors of judgement can still occur as the AHA has shown in a report on equine injuries for the period 2001-2006. Eight horses died and a total of 82 incidents were found in the films that they monitored. However, they only monitor filming that takes place in the USA: overseas filming is not covered.
Where do these animal actors come from in the first place? Are they captured in the wild or raised in captivity and taken from their family units? And what happens to these animals when they are not being filmed? 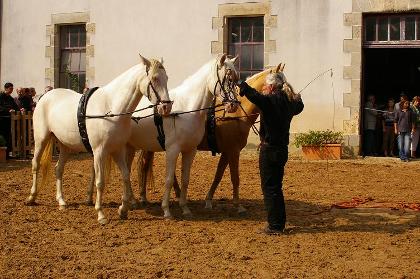 Do they live in appropriately sized groups with others of their species? How are they trained? We've seen that in circuses and animal shows trainers have to coerce animals to perform? Can we really expect it to be any better in the film industry?   http://www.animalsinfilmandtv.com/wp-content/uploads/2014/08/trainers.pdf
And what happens once the film is over? Will the trainer keep the animal and look after it for the rest of its days?
Chimpanzees can live to be over forty years old, but may be considered too strong and therefore too dangerous to work with once they become adult.
Today there are alternatives to using live animals in films and tv programs: CGI, animation, animatronics, filming animals in their habitat, using stock footage, actors with prosthetics/disguises etc. However, this still leaves the problems of giving people unrealistic expectations about animals and the "fashion effect".  After watching the anthropomorphised behaviour of animals on the screen, people underestimate the dangers of wild animals which can lead to real-life dangerous situations.
There are often stories in the press about people being injured or killed because they didn't behave cautiously around wild animals e.g. getting out of car in a wild life park with tigers http://news.nationalgeographic.com/2016/07/fatal-tiger-mauling-china-zoo-badaling-wildlife-world/ or taking a selfie with a bison https://www.washingtonpost.com/news/morning-mix/wp/2015/07/23/bison-selfies-are-a-bad-idea-tourist-gored-in-yellowstone-as-another-photo-goes-awry/
It can be catastrophic for animals when they are given a bad reputation by films: Jaws has surely contributed to the death of countless sharks over the years as people now believe them to be a danger. Wolves are also regularly portrayed as dangerous and here, in France, are slaughtered for what are most probably spurious reasons.
The fashion effect condemned many thousands of clown fish to die and their wild populations to be ravaged as young children demanded one as a pet after seeing the film "Finding Nemo".  Turtles suffered after the release of the film Teenage Mutent Ninja Turtles, just like the many hundreds of owls that were bought and then soon abandoned after they became briefly popular thanks to the Harry Potter films.
Perhaps the only solutions to the animal suffering caused by films and tv productions are to either to only use footage of animals showing their natural behaviour filmed in the wild or simply to leave them out of the script. 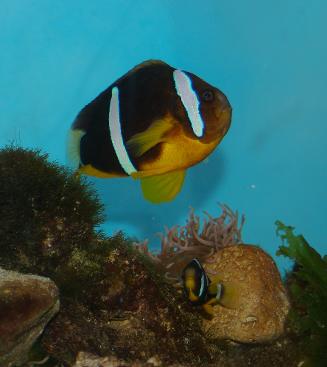