Animal Sentience : an Inconvenient Truth Too
We thought that it would be a good idea to take a look at animal sentience and what it means and what proof there is for it. It turned out to be rather more complicated than we imagined. The major hurdle is actually finding a definition that people agree on. Over the years, researchers have shown, amongst others, that some animals can use tools, some can recognise themselves in mirrors and some can worry and lose sleep if they are troubled. All of these and more are put forward as signs of sentience. However it seems that as soon as researchers attempt to show that certain behaviour is a sign of sentience, a whole bunch of other researchers appear to say that it's not.  It reminds me a bit of the so-called debate over climate change. The scientific basis behind climate change was first explained by Arrhenius in 1895. Since then our knowledge about it has increased and its effects have become noticeable, yet there are still some people who deny it's happening. The reason, of course, is quite obvious: there is a lot of profit in selling fossil fuels and combatting climate change will seriously reduce those profits.
There is also a lot of money made by exploiting animals. If we treat them as sentient beings we can no longer eat them, skin or pluck them, use them for our entertainment, carry out experiments on them etc. With so much money at stake, it is perhaps not surprising that there is controversy about whether animals are sentient. Rather than enter a debate on what defines sentience, we're going to use a principle that dates back to 1789 when Jeremy Bentham mused, "...the question is not, Can they reason? nor, Can they talk? but, Can they suffer?"  Is there really any doubt that animals can suffer and feel emotions?
In 2013 Helen Proctor et al looked at about 2,562 scientific papers that mentioned animal emotions. (See
http://www.mdpi.com/2076-2615/3/3/882/pdf ). What was interesting was that only a handful (16) actually looked at the question of whether animals feel emotions. The rest (2,546) accepted it as an established fact: of these, the majority were for pharmaceutical research pertaining to fear, stress, anxiety, depression and pain. It's quite obvious to the researchers that animals feel these emotions and that they can be measured or evaluated scientifically otherwise their research would not
be valid. 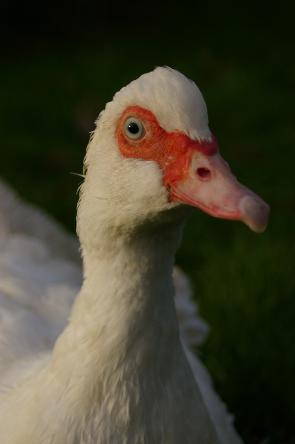 That animals feel emotions is, of course, no surprise to anyone who owns a pet (or is owned by one in the case of a cat ;-) ). We know that they are not mindless automata or machines. But even if you are not a pet owner and don't believe that animals are sentient how do you feel about someone who mistreats animals? Could you idly stand by while a child pulls the wings off a butterfly or watch while someone tortures a cat or a monkey? Wouldn't you feel revulsion? You should, because it leads to a more self serving reason to stop the exploitation of animals: cruelty to animals is strongly correlated with committing other crimes https://www.hg.org/article.asp?id=8011
It may be that only a small percentage of "illegal" animal abusers go on to commit crimes, but what about the ones who are "authorised" to harm animals and get paid for it? Isn't it easier for them to cross the line? We have seen during peaceful protests against bullfighting, exploitation of animals in circuses and appalling conditions in slaughterhouses, how demonstrators have been threatened, abused and even physically attacked by proponents of these violent practices. Is it because their work makes them inured to violence? To paraphrase Tolstoy: "As long as there is exploitation of animals there will always be battlefields."
So if you're not prepared to stop exploitation of animals for the animals, do it for your own good.
If you would like to read more about animal sentience, their feelings, emotions and consciousness we recommend you to read  this article written by Nick Turner and published on the 1st of November 2017 in the Independent. Anil Seth, professor of cognitive and computational neuroscience at the University of Sussex :  “We now know that consciousness and self are not solely a matter of language, intelligence, reasoning and rationality – these things that we like to think of as distinctively human.”
He believes our current understanding of human and animal consciousness is sufficient to warrant at least a “precautionary principle” in our attitude to non-human consciousness: animals should be considered as potentially feeling, sentient beings. He says, however: “There is always this worrying disconnect between what we call discovery and how it affects our daily lives.”
Sentience : where did it come from
MENU