Human activities with regard to animals and their implications (and why we should stop them)
Pets
Well, this is going to be a bit tricky for me to write without seeming hypocritical and self-serving: I've got a cat on my lap as I write this.
So how do we justify "keeping" pets? Some time ago cats and dogs accepted to live with humans and a mutually beneficial relationship developed. At that time they were still able to survive and thrive in the wild. Unfortunately, for some reason humans came to believe that they were better than their pets and that instead of being equals they owned the animals and could do with them whatever they wanted. This has even become law in some countries where animals are considered objects, not living beings.
The result is that today, through selective breeding, we now have pets that would have difficulty surviving in the wild, so they have become dependant on humans. Because of this dependence we consider it acceptable to have pets if they are kept under conditions that generally respect the five freedoms:

To achieve this requires knowledge of the requirements of the particular animal and the resources to pay for its needs: food, routine vaccinations and, if necessary, veterinary care. Unfortunately, people often overestimate their abilities or underestimate the cost and time required which leads to unhappy pets and unhappy owners. At the limit animals can become badly neglected or even just simply abandoned. The worst abuses seem to be animals that are victims of "fashion" or are seen as a status symbol: turtles, clown fish and "pedigree" cats and dogs for example. It really is a glaring sign of human stupidity that over the years we have managed to breed cats and dogs with congenital health problems, just so that they can comply with an arbitrary standard of beauty or form. The "snob" factor associated with pedigree dogs leads to the abusive puppy farms where pedigree dogs are used as puppy making machines and are kept in atrocious conditions in order to supply the unsuspecting buyer with a puppy that is likely to be inbred, badly raised and susceptible to diseases.
Cats are also the victim of uncontrolled breeding, not only commercially, but also because of irresponsible owners whose cat got pregnant by accident, and also thanks to owners who think that it's necessary for a cat to have kittens. Often these kittens are unwanted and so the owner of their mother has difficulty getting rid of them: if they can not be given away, then they may be killed directly, or cowardly abandoned and left to fend for themselves in the wild (in other words left to die of exposure, thirst, hunger, disease or predation.)
Another appalling habit of human beings is mutilating pets for our own ends: "docking tails" and "cropping ears" (otherwise known as "cutting off") of dogs are mostly done for cosmetic reasons and give no benefit to the animal. They have been banned in many countries. Even worse is the so-called "de-clawing" of cats which actually involves amputating all their toes. Not only is this painful and subjects the cat to the risks associated with anaesthetics, blood loss and infection, but it handicaps the cat in its ability to defend itself and move around freely. Really, if you want a cat that doesn't scratch, you actually don't want a cat: you want a fluffy toy as a cat. Luckily in many countries cosmetic mutilation of animals is banned. 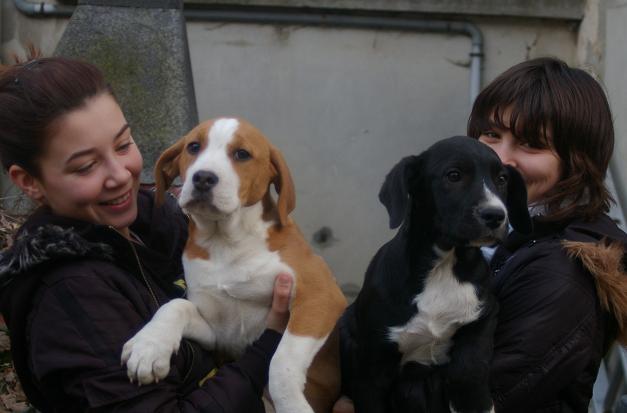 We only find it acceptable to keep domesticated animals as pets. However, we are in favour of regulating the trade in pets. All pets should be identified before changing owner and they should be sterilised to prevent unwanted production. There should also be strict controls on those who are allowed to deal in animals. Aid should be given to help animal shelters place unwanted and stray animals. And the public should be fully informed of their obligations as owners of pets.
On the other hand. We are totally against the keeping of exotic animals such as snakes, lizards, primates, crocodiles, lions, panthers etc. as pets because it is almost impossible for the owner to provide them with the five freedoms. In addition, by purchasing such animals, the owner is probably contributing to the illegal trade in endangered species.
Horses