For our previous blogs click on the buttons below
Blog 1
Blog 2
France, 27 June 2020
International Day to stop the abandonment of animals
Our video....
France, 3rd of June 2020
The best images of 2019 at Forests From Farms
Taken with our hidden cameras. With in leading roles: Roe deer, boar, coypu, geese (our own domesticated ), a fox, a badger, a weasel, a buzzard and other birds... This is Part1 (From January to June). Part 2 (June to December) will be published soon.
France, 1st of May 2020
Letter about pandemics and the consumption of animal products to all heads of states and their governments
7 associations* have taken the initiative to send an unusual letter (see the video below) to heads of state and organisations like the EU, UN, etc., asking them to take their responsibility to prevent pandemics in the future by implementing some ambitious measures: in the long run, we must stop the consumption of animals and their products. At the moment, we are doing everything we can to fight the COVID-19 virus, but we must never forget where the virus actually comes from. There is little doubt that it comes from the consumption and sale of wild animals. COVID-19 is not the first pandemic. The largest was in 1918, when more than 50 million men, women and children died (almost the current population of France!) as a result of swine fever that also became transmissible from human to human through mutations. Hopefully we will not reach such a catastrophic number this time with the COVID-19 pandemic. But we are convinced that if we don't change our behaviour towards animals, there is a good chance that other pandemics will emerge. Scientists have been warning us for a long time. It is a call for drastic change in our society. We realise that but we think it is necessary. We invite other associations and organisations around the world to join us.
You can read the letter on this site: http://www.nosamislesanimaux.com/lettre-covid-19-pandemic-en.php
If you support this letter please sign our petition "Avian Flu, Swine Flu, SARS, COVID-19  Meat Kills" by clicking on the button below.
We demand a future respectful to all living beings.
Thank you!
*Eyes on Animals https://www.eyesonanimals.com/,
Vivre et Laisser Vivre https://www.facebook.com/chaminous/ , LUNA https://www.facebook.com/LigueUniversellepourlaNatureetlesAnimaux/ , L'Arche de Maddy https://www.facebook.com/larchedemaddy/ , Sanctuaire La Garie https://www.lagarie.fr/ , NALA85480 http://www.nosamislesanimaux.com/ et Forests From Farms http://forestsfromfarms.org/
I sign the petition
France, 30 April 2020
The beauty of snails at Forestsfromfarms
France, 5th of April 2020
The COVID-19  crisis
by Nigel Franks

This pandemic shows how fundamentally flawed our economic system is. People are talking about stopping the lockdown to save the economy. The whole point of any economy should be human welfare. That also includes preserving a liveable planet without which there is no economy.

Yet people want to risk lives to keep the economy going. What that really means is that the wealthy are worried about losing their money. Look at what happens with economic growth: the UK economy has grown by 20% over the last ten years or so. But is everyone 20% better off? Of course not. The rich got richer and everyone else got poorer. They don't want the rest of us to sit around safely at home instead of making more money for them.

They're also worried that people might get time to think about the direction that the world is heading in. If people are working flat out just to survive, they don't have the time to wonder why they are getting nowhere. They don't questions why we don't take action on climate change, mass extinctions of species, soil degradation, plastic in the oceans etc. And they don't question why they have to work for forty or fifty years to spend a retirement in relative poverty.

This is the time when we should stop and look around. Is the world that we're living in the one that we want to spend the rest of our lives in? The one where hedge fund managers and bankers make millions while the people who put the food on our tables, look after us when we're sick, take away our rubbish etc struggle to make ends meet.

It's time for a change. After the financial crisis in 2008/9 caused by the bankers, they didn't suffer. They got bailed out while everyone else paid for their mistakes. Are we going to go back to the old normal after this crisis too? Or are we going to create a fairer society that values the contribution that ordinary people make?

The choice is in your hands at the next elections.

France, 4 April 2020
Happy Geese
Our geese back on the pond after a couple of months confinement in the garden. The mating season had started the end of January, which meant that they wanted to stay in the pond. Even during the night. We find that dangerous as we know there are foxes around. Now that they have layed some eggs in the barn they return every evening to the barn where they are locked up for the night to be safe. Every morning when we release them they go straight back the pond.
France, 27 March 2020
Big and small maintenance on the property of Forests From Farms
France, 25 March 2020
Colours of Spring
France, 24 March 2020
The bees are back and hard at work
France, 14 March 2020
Merrie

Let me introduce myself... I'm Merrie the rescue cat. I'm 14 years old and I've got cancer: a tumour in my mouth. It was about 4 cm across and was preventing me from eating as It stopped me from opening my mouth. It couldn't be surgically removed and chemotherapy is not effective for this kind of cancer. Therefore my family took me to a clinic for radiotherapy. For two weeks I had a session every working day.

In order to stop me wasting away the doctors put a tube into my oesophagus so that I could be fed through it. Before they did that I had lost about 1 kilo, nearly a quarter of my body weight: I don't recommend this as a slimming strategy!. Because I hadn't eaten for so long, my stomach had shrunk and I could only be fed 8ml of food five times a day.

:-) That feels so much better: I've gained nearly 400 grams over the last few days .

The tumour has already shrunk quite a lot. In order to slow down its growth I'm on a whole bunch of medicines. One advantage of the tube is that I don't have to swallow them: they can be squirted directly into the tube along with my food.

The doctors warned that I might get a sore eye and as you can see, they were right! I have a check up every week so I have some medicine for it. 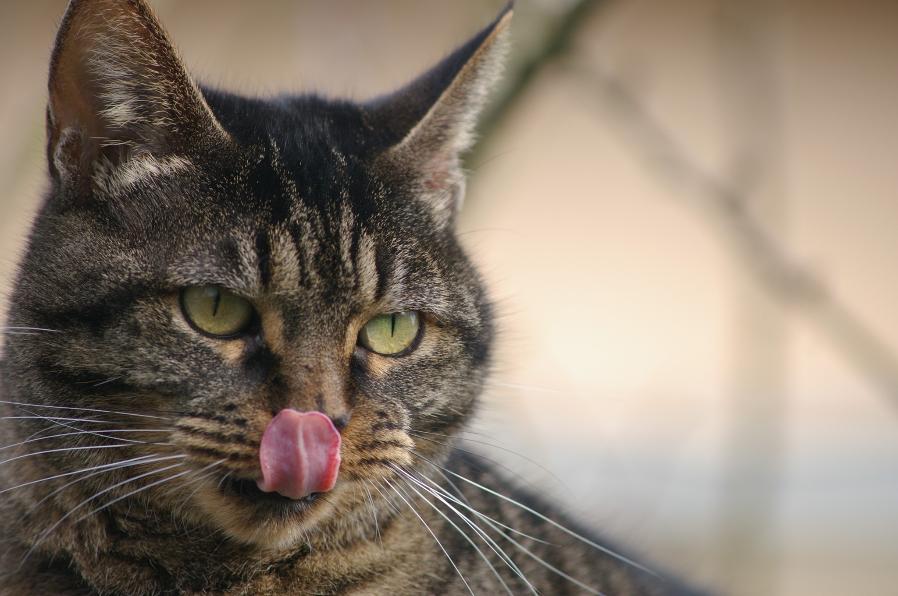 France, 10 January 2020
Wildfires in Australia part 2
Please #govegan and what about the Aboriginals?
Learn More 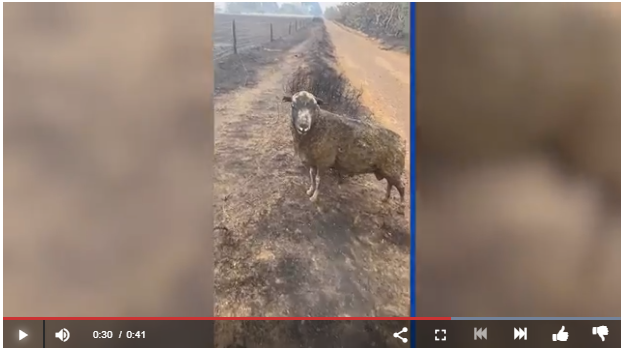 Fragment of a video that appeared on youtube : https://nypost.com/2020/01/08/video-shows-scorched-sheep-roaming-fire-ravaged-australia/
France, 5 January 2020
Small game hunting in France how, why and what ? And why we are against it!
Learn More 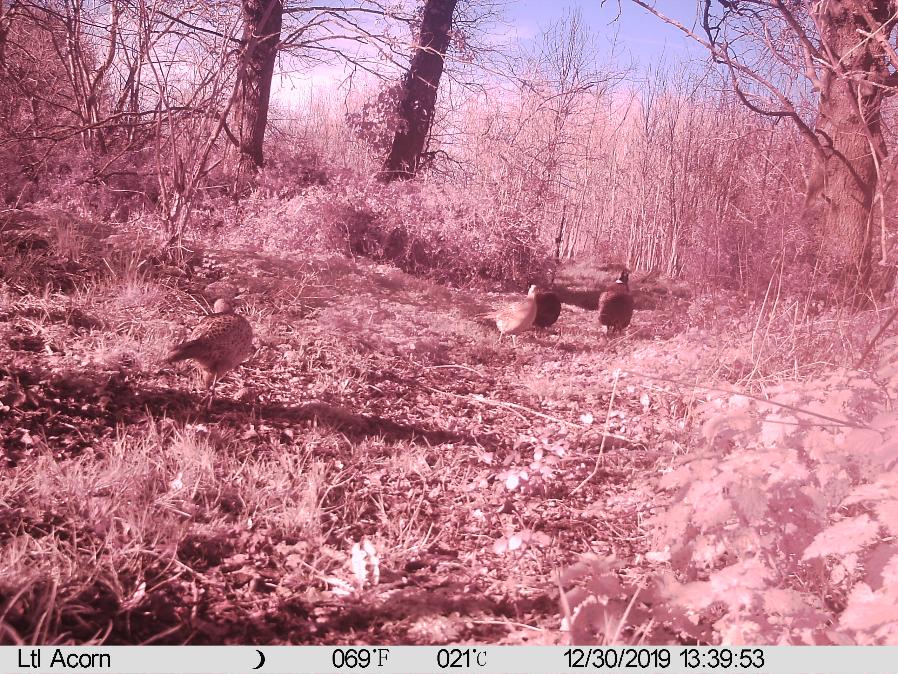 France, 4 January 2020
Wild Fires
As Australia is burning the climate change deniers are out in force trying to convince people that nothing is going on.  In this article we try to explain the tactics they are using.
Wild Fires 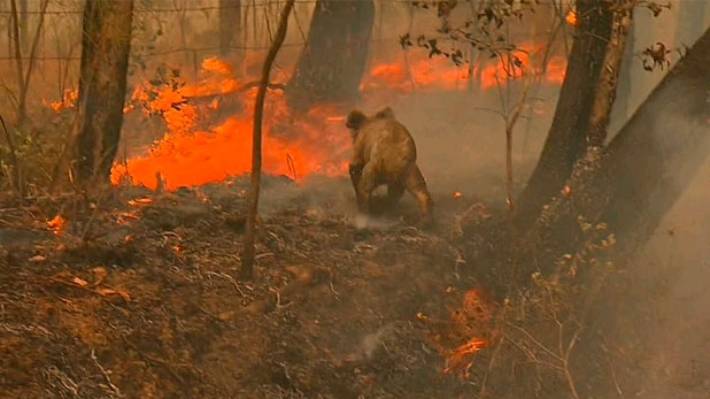 France, 3 January 2020
Puffer and Down Coats
Today we visited DECATHLON in La Roche sur Yon to look for vegan hiking shoes (without leather) and unfortunately we did not succeed. In any case, no shoes for long walks. There were vegan shoes only for beginners. It's a shame because there is a market ....
In addition when entering the store we noticed a whole ray of down coats with down from duck and geese feathers. The down used in these coats seems to have the certification "Responsible Down Standard". But can we really  trust this down being animal friendly?
After having read this article from February 2019, I don't think so as even if the idea is good, it still doesn't guarantee that this standard is reliable. In 2016 PETA  carried out an investigation on farms in China which showed enormous suffering. 90% of the world's down comes from China. In addition we can not guarantee, confirms a duck breeder in this article, that these feathers / down are really coming from farms where the animals are well treated. Note that the down here in France and therefore also from the Vendée, most likely comes from ducks or geese used for the production of foie gras.
Conclusion: We advise you never to buy a Puffer or Down coat. There is an alternative: the synthetic down jacket, which comes from recycled products, which is much more resistant to humidity / water and which has almost the same thermal quality. Why let animals be bred and suffer for down if you don't need it? 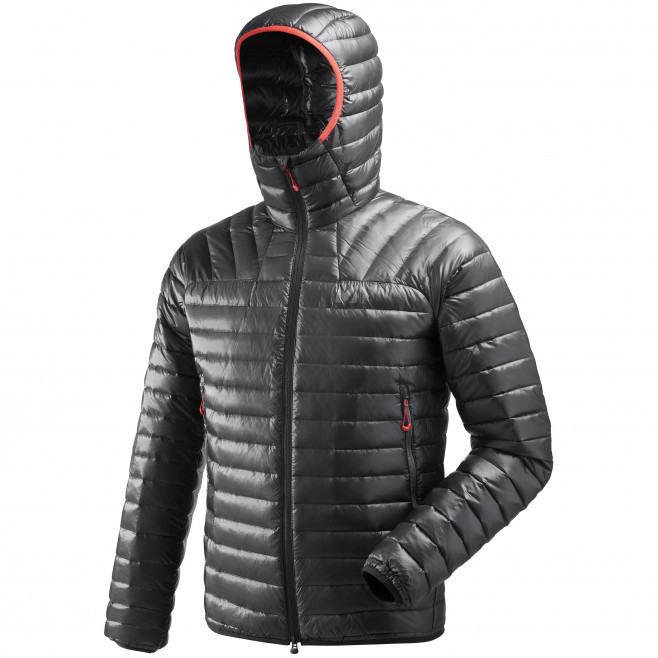 France, 2 January 2020
Fires in Australia, speciesism and climate change
I am disgusted and oh so sad to read about the disaster that is happening in Australia right now. And I would like to be very direct to the meat-eaters in this world......What did you eat this Christmas? Was it Vegan or not ... ? I know there are a lot of vegans out there doing their bit, but all the others? When will you open your eyes and take responsibility for your actions. The fires in Australia are caused partly by global warming ... scientists have already alerted for this danger since the 1960s. And what do you think will happen this summer here in Europe? Not the same thing? Please #govegan, stop wasting any more produce, it's the best way to fight climate change. And if you still don't believe it, on the page under the button below you will find the article on the link between speciesism (eating and using animals) and global warming. Follow the instructions of the test and you will see how your consumption of meat among other things contributes to your greenhouse gas emissions! And therefore to climate change. Being shocked is one thing, but really taking your responsibility quite another ..... Thank you so much!
Anti-speciesism and climate change 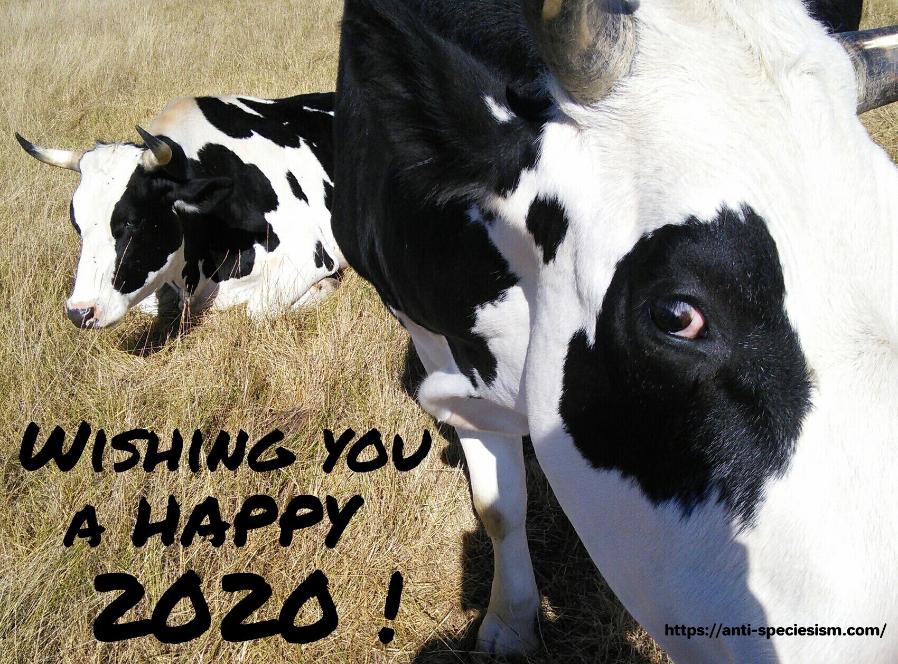