(Cruel) Animal Sports like bullfighting and other fiestas, cockfighting, horse racing, sled dogs racing, pigeon racing, pig wrestling, rodeos etc.
Cockfighting
We've been running our NALA association in France for just over 5 years now and it's been an enlightening experience. It's certainly taught us a lot and brought us into contact with many interesting people. It's also given us a couple of "What the heck?" and shake head in disbelief moments.
One such moment was the discovery that torturing and mistreating animals is a crime... except when it's a tradition. It's perhaps hard to believe but in the 21st Century and in a west European country, bull fighting and cock fighting can still legally take place in France if there is an uninterrupted tradition. What is even more amazing is that cock fighting was banned in France from 1850 and then permitted again in 1966. It's hard to imagine a more striking example of progress being reversed.
However you look at it, tradition or not, a cockfight is and remains a very cruel blood sport. Chickens and roosters are very sensitive, social animals. A cockfight exploits the normal behaviour of cocks that they don't tolerate another cock on their territory. In a normal situation, a cock will usually give up a fight (even roosters specially bred for this sport) if he feels that he is the weaker. In the circle of a cockpit they are not given the chance to do this. They are egged on by the spectators, because there must be a winner, of course. As with bullfights, there is no escape. Prior to the fight many cocks have their crest, ears and wattles trimmed to prevent the other cock getting a grip.This is a very bloody affair and is always done without anesthesia.
A Dutch magazine published a description of a cockfight some years ago:
“Two cocks, one white and one black, attack each other so furiously that within a quarter of an hour the blood dripping from their beaks blinds their eyes. They are completely fired up. Their referees start their stopwatchs whenever the battle stops and the exhausted animals adhere to each other. If the hostilities stop for two consecutive minutes, while the two cocks are still standing, then the fight ends in a draw. But a real cock fighter expects that his champion will not be satisfied with a draw. “A good cock fights to his death,” he says. …
The roosters will continue with the courage of despair collapse together. The blood is pumped in spurts through their flabby neck, as if their hearts beat there. They have become too tired to jump and ram their spurs in each other. To make their weapons even worse, the owners have fitted these still fairly young with spurs with daggers from cocks previously killed in the arena. These small knives are mounted on a kind of support that is wrapped with wire to clamp it to the legs.
The two cocks demonstrate incredible stamina. After half an hour they are, swaying on his legs, still dogged enough to bite each other’s necks, during a short truce. The stopwatches are pressed again. Their exhaustion is now clear; the two heads sink slowly down, as if in a slow motion,  until they hit the ground. What still stands on two strong legs is a blood-red sticky mass of feathers, in which no eyes can be seen. It has already been claimed that one cock had become a “squinter”, meaning that one eye has been pecked out. If he manages to survive these horrors, he will still be allowed to fight, but only against another one-eyed cock. That’s what the old rules of this cruel game want. The tension ends, as according to the timekeepers two minutes have passed, during which the panting animals were not able to raise the energy to peck or kick each other. Their aggression which first lead to an appalling bloodlust is extinguished. Holding each other up, they are rocking back and forth, as if they thereby express a feeling of endearment. This sheltering together of two animals on the brink of death has something moving. The duo who are about to faint are picked up. The owners cut a long feather from the tail and put it down the throat to prevent choking from the heavy bleeding Then they will lovingly nurse their birds, in the hope that they will recover from their injuries and in a few months can be put back in the ring again. Extra-power food should give them renewed lust for battle… ”
Cockfighting still takes place in Europe (Spain and France and its islands), the South American countries and Asia.
To be able to understand the cruelty of this practice, you must know that chickens and cockerels are very social, intelligent and sociable animals.  We had them for years roaming around our fields. You can read more about our animals on the website Fowl Faces.
If you want to know more about cockfighting in France you can look on our website www.nosamislesanimaux.com where you can also sign the petition: Stop Cockfighting in France . 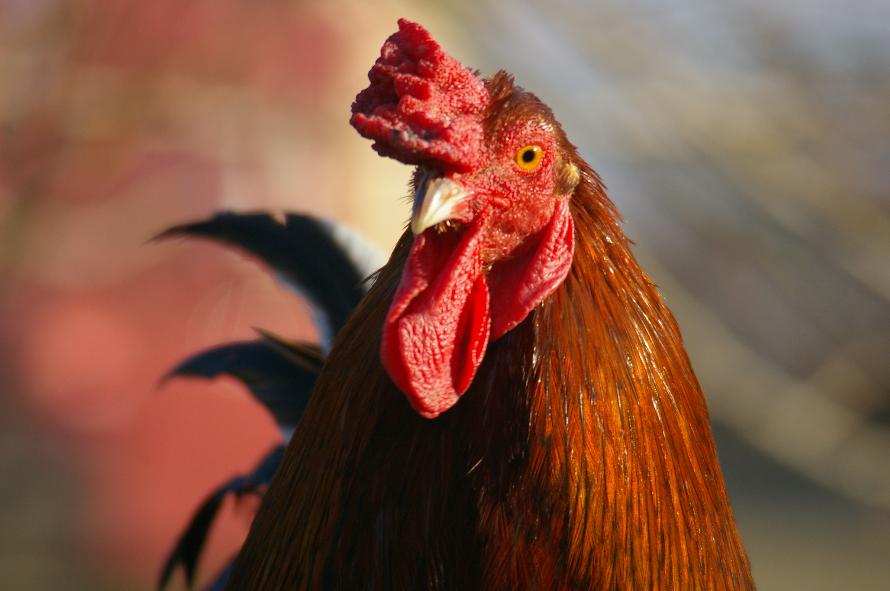